China in the Center: What Will It Mean for Global Education?

Please click here to download the article by Dr. Ruth Hayhoe in Chinese
Download the full text of GCE Journal Vol. 1 No. 1 containing all the articles in the six official languages of the United Nations 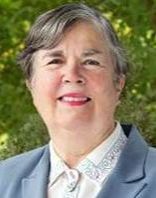 Dr. Ruth Hayhoe
Professor
University of Toronto
Canada
This keynote paper presented at the 16th World Congress of Comparative Education Societies, held at Beijing Normal University (BNU) in August 2016, began by celebrating the significance of the Congress coming to China for the first time. This is closely related to the role played by Professor Gu Mingyuan, a leading figure in China’s comparative education community, who has strongly emphasized the role of culture in understanding Chinese education and its relation to the world. (Gu, 2014)

Part I reflects on China’s experience in educational development since the late 1970s, and the support provided by organizations such as the Canadian International Development Agency (CIDA) and the World Bank, which facilitated the rapid restoration of China’s universities after the Cultural Revolution and supported a dramatic social and economic transformation. (Hayhoe, 1989, Hayhoe, Pan and Zha, 2016) The focus is on China’s responsibility as a successful receiver of development aid to consider what it should now give back to a world that is looking to it for leadership. Parallel principles drawn from the Analects of Confucius and the Gospel of Luke highlight this point: “Don’t worry about not being acknowledged by others; worry about failing to acknowledge them” (Analects 1:16) and “From everyone who has been given much, much will be demanded, and from the one who has been entrusted with much, much more will be asked” (Luke 12:48)

Part II goes on to profile China’s rich educational civilization and suggest that the normal university is uniquely suited to bringing that to a wider world. With core values that contrast with those of the traditional Western university, China’s normal universities emphasize integrated knowledge, excellence in pedagogical practice and a commitment to the explicit moral formation of students, as well as a nurturing environment with strong ties of affection between teachers and students. There is also an acute sense of responsibility to serve the nation and the global community. While the global research university tends to emphasize qualification and socialization to support competition in a global knowledge economy (Biesta, 2012), the normal university and China’s educational tradition are oriented towards subjectification or person-making as the heart of a global knowledge society. Recent work by Zhao Guoping and Deng Zongyi (2016) elaborate the concept of person-making, while Wu Zongyi gives vivid insights into the relevance of Chinese classical texts to current educational issues. (Wu, 2016) Finally, a new translation of China’s ancient classic, the Xueji or Theory of Learning and Teaching, with a rich set of commentaries, has recently come out (Xu and MacEwan, 2016), as well as a volume on Chinese Educational Models for a Global Age. (Chou and Spangler, 2016). All of these recent publications should enable Chinese educators to explain China’s educational values to a wider world.

Part III overviews China’s programs of support for educational development in Africa and Southeast Asia, and suggests that these embody forms of dialogue and reciprocity that have the potential to open up refreshingly new approaches to educational thought and practice in the global arena. Instead of presenting itself as an “advanced model” for others to emulate, Chinese culture has a notable capability for nurturing dialogue and the protection of diversity (King, 2014).